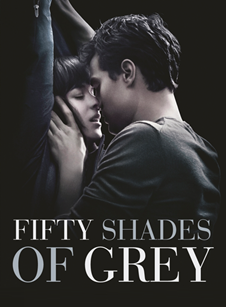 Christian: «business is about people, and I've always been good at people. What motivates them, what inspires them».

If there is someone that has "always been good at people", in particular with those on the markets, that someone is Mario Draghi. The president of the European Central Bank knows «what motivates them, what inspires them». It is hard to forget the historic phrase with which, according to several opinion leaders, he "saved" the EU: "The ECB is ready to do everything necessary to preserve the euro. And believe me, it will be enough». In last week’s speech at the ECB Forum in Sintra (Portugal), Mario Draghi has reassured the markets one more time, by saying that the arsenal of the institute is wide and its weapons will still be active if the economy of the Continent wouldn’t be showing signs of improvement. In particular, he specified that the ECB will evaluate "further rate cuts" if inflation derails from the desired levels.

His words, however, irritated President Donald Trump, who accused Draghi of devaluing the euro against the dollar. But the number one of the European Central Bank promptly replied: «We have our mandate, which is price stability, and the euro zone’s central bank is ready to use all the instruments that are necessary to fulfill this mandate. And we don’t target the exchange rate». Draghi's speech, however, has raised the morale of European markets, but the effect seems to have already run out: yesterday, with the exception of London, the main squares of the Old Continent have closed in red.

Let’s now focus on the United States, where the Fed is in the spotlight. The institute has left - for the moment - unchanged rates at 2.25-2.5%, the level at which they were taken last December, when the bank led by Jerome Powell decided on the fourth tight in 2018. The Federal Reserve also stressed that «We have the tools necessary to sustain expansion, a strong labor market and stable prices, and as appropriate we will deploy those tools to achieve those goals» as well as an inflation close to the 2% target. The markets, after hearing the institute's statements, expect an imminent rate cut.

Let’s continue on the path of central banks: the Bank of England has announced that it will hold interests rates at 0.75%. A prudent strategy while waiting to understand what will become of Brexit and the trade war between the USA and China. Meanwhile, growth forecasts for the second quarter have been cut to zero, while this year the inflation rate could fall below the 2% target The institute points out that tensions on international trade have intensified, while internally the fear of a Brexit without agreement has increased. After the announcement, traders began selling the pound, which has thus depreciated.

Facebook tries to "challenge" the central banks presenting Libra, the cryptocurrency that, in the social network’s intentions, should become a "universal currency". Technologically it will be similar to Bitcoin, and it will be possible to use it to pay from Uber to Spotify’s subscription. The "currency" will be launched in the first half of next year and will be managed by Libra Association, an independent and non-profit organization based in Switzerland, in Geneva. Will it be an online payment systems revolution? Maybe. We certainly know that Zuckerberg also has "always been good at people", and his ideas are never to be underestimated.

Can we say the same of the Italian Prime Minister Giuseppe Conte? Judging by the relations with the heads of state and government of other European countries, it would not seem so: at the moment he cannot motivate them. In fact, Italy remains on the threshold of the infringement procedure due to the excessive deficit and the "wrecked" finances. Palazzo Chigi’s reply letter to the EU, which states that «it is a duty to open now, without further delay, a constituent phase to redesign the rules of government of our societies and our economies», was useless. Now there is anticipation for the 8-9 July Ecofin, when it will be decided whether to proceed or not with the infringement procedure.