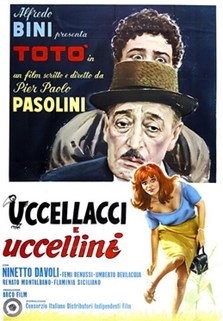 Frate Ciccillo (Totò): “And what can I do if ... if ... if there was a class of hawks and a class of sparrows, which could not get along well with each other.”

In the United States, Democrats and Republicans are like “the hawk and the sparrow classes” of which Friar Ciccillo speaks, because “they can’t get along with each other.” However, sometimes they manage to put aside their differences to find a compromise of common interest. This is the case of the agreement reached during the last recent days between the two parties in Congress - after several months of negotiations - for the 900-billion-dollar package aimed at reviving the economy, severely impacted by the coronavirus.

We finally have the bipartisan breakthrough the country needs,” said Senate Republican leader Mitch McConnel. In particular, the plan provides for an allowance of $ 600 to individual citizens (approximately 150 million will be eligible) and increases unemployment benefits by $ 300 per week. Besides, funds for small businesses, health, and food care, vaccine distribution, transportation, and internet connections are included. White House spokesman Ben Williamson said that the outgoing president, Donald Trump, fully supports the congressional initiative.

A warning not to let your guard down came from Democratic Senate leader Chuck Schumer: “Anyone who thinks this bill is enough doesn’t know what’s going on in America,” he said at a news conference. Besides, he added that he will work for further aid after President-elect Joe Biden takes office on January 20.

The news of the agreement between “the hawk and the sparrow class” was welcomed by the markets, which however are strongly concerned by the new “English variant” of Covid-19, which determines a greater capacity for spreading the virus.

The British government has been forced to introduce new restrictions to contain the infections, while many European countries have stopped flights from the United Kingdom. One of the biggest fears related to this new variant of Covid-19 concerns the possible impact on vaccines, which were produced before this mutation. However, several scientists speculate that there will be no impact on their effectiveness.

“With the vaccination campaign likely to take time, investors are concerned about the latest developments, which are signaling that the pandemic may get worse before it gets better,” Axi’s market analyst Milan Cutkovic said in a statement.

To speed up times, the EMA met in an extraordinary session on Monday 21 December; the European Medicines Agency also gave the green light to the Pfizer-BioNTech vaccine, which had already received authorization in the UK and the US. This is “a significant step forward in our fight against this pandemic which is causing suffering not only in Europe but around the world,” said Emer Cooke, EMA’s executive director. “In less than a year, an authorized vaccine has been reached, as the result of unprecedented work,” he added.

In Europe, however, there is also another issue to look at, namely the Brexit discussions. In this case, “the hawk and the sparrow classes” - the members of the British and European delegations - just can’t get along. Negotiations have stalled and a probable “no deal” is looming, given the imminent deadline of 31 December.

Turning to central banks, it must be emphasized that the Fed persists in its policy of supporting the economy. Last week, the institute headed by Jerome Powell decided to keep interest rates steady at 0-0.25% and said it will continue to increase purchases of government bonds at a rate of 80 billion per month. “Until - the Federal Reserve later specified - notable further progress will be made towards the objectives of maximum employment and price stability”. Powell, during a press conference, said he considers this modality of intervention “a powerful message”: the previous indications were “temporary” while the new ones “link these purchases to actual further substantial progress towards the Fed’s objectives”.

Previously, the ECB had also decided to strengthen the purchase program for the pandemic emergency, giving Pepp an additional 500 billion euros to buy bonds.