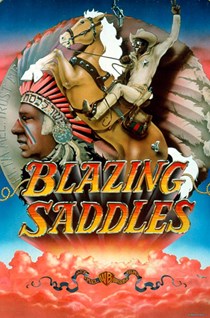 Hedley Lamarr: My mind is a raging torrent...flooded with rivulets of thought...cascading into a waterfall of creative alternatives.

From Blazing Saddles, 1974, directed and acted by Mel Brooks.

Wall Street is like a "raging torrent flooded with rivulets” of dividends and buybacks (at least in the banking sector). In the USA the big institutions want to reward investors after passing the second round of the annual Federal Reserve stress tests. Goldman Sachs will increase its dividend by almost 50% (from 85 cents to $ 1.25 per share). In addition, the group has given the green light to a 7 billion dollar buyback plan, while the 2018 plan was worth 5 billion. JP Morgan Chase, on the other hand, will increase the coupon by 13% to 90 cents. And the buyback could reach up to 29.4 billion dollars, against last year’s 20.7 billion. The list goes on: Bank of America will raise its dividend from 15 to 18 cents, with a buyback of up to 30.9 billion dollars. Citigroup will raise the coupon from 45 to 51 cents, while its buy-back plan is around $ 21 billion. Morgan Stanley's dividend will increase from 30 to 35 cents, with a $ 6 billion buyback.

However, between the 18 banks that have been tested, there is an institution that has not passed the exam. We are talking about Credit Suisse’s US division, which by October 27th will have to resolve some weaknesses encountered during the stress test. Until it succeeds, the distribution of capital by the Swiss group will have to remain at the levels of 2018.

But there is someone that rejects the Federal Reserve. The American president Donald Trump, as a "raging torrent" has “flooded rivulets” of complaints towards the president of the institute, Jerome Powell, accused of following a too stringent policy. The number one of the Fed has recently left the door open to a possible rate cut, but has refrained from speaking of an imminent reduction. And James Bullard, president of St. Louis’ Fed, said that a 50 basis-point cut in July’s meeting is not necessary at the moment, disappointing the operators’ hopes. But they cheered up after the truce between the United States and China. In fact, Trump has announced that additional 10% duties will not be imposed on other 325 billion dollars of imports from Beijing and, indeed, negotiations will resume. Stars and Stripes companies will also be able to resume selling their products to Huawei, which had been banned. In fact, many US groups in the sector had already asked the White House tenant to remove the measure, which damaged the United States perhaps more than China. Let’s just say that Huawei is considered "too big to fail" by some American media. The turning point occurred in recent days, during the G20 in Osaka, Japan, and the world stock exchanges celebrated by opening up on Monday. In Europe, the DAX has , drawn the most attention, closing yesterday up 1.1%.

New data on Eurozone inflation have arrived in the Old Continent, which was quite stable in June. This was pointed by the preliminary data of the EUROSTAT statistical institute. Consumer prices are expected to grow by 1.2% on a trend basis, as well as in May. The figure, far from the ECB's target, is in line with analyst expectations. The markets were encouraged by core inflation, which excludes the most volatile components such as food and energy, which accelerates to + 1.1% year after year, against + 0.8% recorded in May and above the estimates of the consensus at + 1%. Results that make operators "forget" the previous data on the German Ifo index, which measures business confidence, which in June fell to 97.4 from May’s 97.9 (decreased from 99.2 in April); this is the lowest level since 2014. Instead, estimates indicated an index of 97.6.