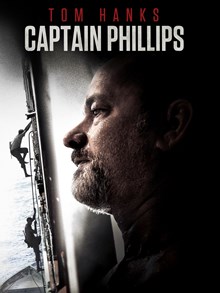 The one uttered by Richard Philips is a very topical phrase: “The world goes on fast, these days it is changing a lot”. And above all the digital assets “world” is changing, with cryptocurrencies ahead. But it’s not always about improvements. As in the case of the Central Bank of China, which recently announced that all transactions made with cryptocurrencies in the country will be considered “illegal”. We are talking about a drastic decision, concerning one of the most important international markets in the field of digital currencies. Last Friday, as soon as the news was made public, a series of declines hit the world of Cryptos, starting with Bitcoin.

According to the Central Bank, which issued a joint statement together with 11 other government agencies, “speculation through cryptocurrencies” is “disrupting the economic and financial order and encouraging the growth of illegal and criminal activities”. For these reasons, the Institute has banned all international platforms that provide cryptocurrency trading services (e.g., Coinbase and Binance) from operating in China. It has also stressed out that there will be “legal consequences for individuals and businesses that will participate in virtual currency trading activities”.

However, some issues remain to be clarified, as the Central Bank did not specify how it intends to implement its ban: a fundamental issue since virtual currencies are, by their nature, based on decentralized systems and therefore quite difficult to control.

The Institute’s decision, however sudden, does not surprise that much, as it seems a consequence of the mediatic campaign carried out against cryptocurrencies during the previous years. In 2018, virtual currencies’ trading on Chinese platforms was prohibited, but their possession or trading on foreign market platforms was not: therefore, transactions have not stopped since then.

Another important question concerns the mining process: the process through which virtual currencies are created by “extraction”. In recent months, the Beijing authorities had implemented some measures aimed at repressing this activity in the country, while not banning it per se. But with the new announcement, mining became completely illegal. It is an extremely heavy decision for the cryptocurrencies world, considering that around 60% of the existing crypto were mined in China.

In the Asian country, besides the crypto, there is also another world experiencing dramatic changes, namely Real Estate. Under the spotlight, there is Evergrande, a Chinese giant operating in the sector, which is suffering from its super-indebtedness. A debt amounting to $ 309 billion (2% of China’s GDP) has been agitating analysts and market partecipants for weeks and has caused negative repercussions on stock exchanges around the world. The greatest danger is rapresented by its failure that could trigger a chain reaction, with implications that may go beyond national borders. But according to some analysts, the brick giant is “too big to fail”, and the government will do everything it can to find a solution to maintain financial and social stability.

Some observers, therefore, believe that the comparison with the subprime mortgage crisis that broke out in the US thirteen years ago is out of place. Beijing will think about some kind of restructuring, avoiding a chaotic bankruptcy. On the contrary, the would be an high risk of a dramatic collapse with consequences difficult to be assessed, as Evergrande’s liabilities involve more than 120 credit institutions. So far, the Beijing Central Bank has intervened by injecting 120 billion yuan (about $ 18 billion) of liquidity.

Among the possible recipes of the government, according to the opinion of some experts, there will not be a direct bailout but a mix of already tested adjustments: debt disposal, corporate activities downsizing, and emergency payments. In short, a controlled fall instead of a violent collapse. Now, however, we must wait to see the next actual moves made by Beijing, while we certainly know that also the Chinese Real Estate “is changing a lot these days”.