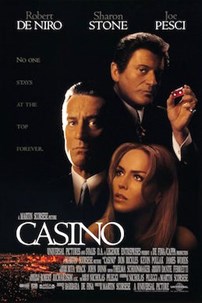 Sam “Ace” Rothstein (Robert De Niro): “There are three ways of doing things: the right way, the wrong way, and my way!”

Quote from Casino, a 1995 film directed by Martin Scorsese.

All events, all facts, and all circumstances always present different perspectives. And to act, as Sam “Ace” Rothstein says, “there are three ways”: “the right way, the wrong way” and an out of the box way, the one defined “my way!”. A dynamic that often recurs, even at the level of Institutions. Let’s think of the European Central Bank and its various ways of “doing things”.

The Eurotower Board of Directors has recently opened to inflation above 2%. Although the Board’s decision was not unanimous, Christine Lagarde, president of the ECB, has explained that there was still a very large majority. Fortunately, on the policy’s direction, there was instead a unanimous way of “doing things” (which we hope is the right one): none of the members of the ECB board wants to tighten monetary policy ahead of time, because, as underlined by Lagarde, it would be a mistake and the new formulation of the forward guidance “is aimed at avoiding a premature close”.

Specifically, the Eurotower has decided to leave rates unchanged and has confirmed the purchase program for the pandemic emergency “PEPP”. Discussing now the future of the latter or a potential successor plan would be hasty. Therefore, “after confirming our June assessment of financing conditions and inflation outlook, we continue to expect that purchases under Pepp in the current quarter will be conducted at a significantly higher pace than in the first few months of the year”, has continued Lagarde. Who then went into detail, explaining in depth the ECB’s way of doing things: “we want inflation at 2% well before the end of our forecast horizon, which means halfway” between now and the end of 2023, “and we want this 2% to be long-lasting”. Indeed, the recent recovery in prices’ growth appears temporary and its prospects “over the medium term remain subdued”, even if further accelerations are expected in the short term. Hence, it will increase again before decreasing in 2022.

Overall, the European Central Bank expects economic activity to return to pre-crisis levels in the first quarter of next year, “but there is still a long way to go before the damage caused by the pandemic is offset.” Furthermore, if on one hand, the euro area seems to be on track for recovert, on the other hand, it is also true that Covid-19 is still casting some shadows on the future. “Especially with the Delta variant that is showing to be a great source of uncertainty”, warned Christine Lagarde, specifying that its potential spread could affect the recovery in services, especially in tourism and hotels. It should also be borne in mind that the latest macro estimates by the ECB staff, compiled in June, “included the restrictions to contain the spread of the Delta variant in the third and even in the fourth quarter”.

Turning to the United States, it is useful to dwell on President Joe Biden’s way of doing things, which is drastically different from the one of Donald Trump. The current tenant of the White House is trying to establish closer and more friendly ties with European countries. Among the recent news, we must remember the agreement reached (despite grueling negotiations) with Germany for the Nord Stream 2 gas pipeline, which runs alongside the Nord Stream, and which will double the amount of natural gas that Russia exports directly to the nation led by Angela Merkel. The States have therefore given their “blessing” to a system that will increase Europe’s energy dependence on Moscow, and which could be used as a “weapon”, especially for the Ukraine question.

But among the points of the agreement, there is a message addressed precisely to Russia, with the explicit commitment to launch very harsh sanctions and other punitive measures if the Kremlin were to exploit Nord Stream 2 to put undue pressure on the Old Continent or to blackmail Kyiv.