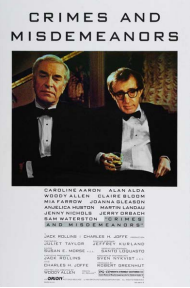 Cliff Stern (Woody Allen): “It’s very hard to get your heart and head together in life. In my case, they are not even friendly. “

It is not always easy to get along with other people, sometimes not even with oneself. Just as Cliff Stern says, “It’s very hard to get your heart and head together in life” especially considering that, in his case, “they are not even friendly”. However, within Institutions, harmony is key to success, at both individual and collective level. For this reason, it is good that Federal Reserve officials agreed on the current accommodative monetary policy, on the potential risks of an uneven recovery, and on expectations that inflation growth will be momentary. This is what comes out from the minutes, recently published, related to the last meeting of the FOMC (Federal Open Market Committee) held on the 27-28 April. In particular, within those minutes, participants noted that the projected increase in demand as the economy reopens, coupled with some supply chain bottlenecks, would contribute to move and keep inflation temporarily above 2%. After these factors’ transient effects will wear off, participants expect measured inflation to reduce. ‘

The Fed, therefore, kept the benchmark rate in a range between 0% and 0.25%. The FOMC also “agreed that it would be appropriate for the Federal Reserve to continue increasing its holdings of Treasury securities to at least $ 80 billion a month, and mortgage-backed securities to approximately $ 40 billion a month”. All this will remain advisable “until further substantial progress will be made towards maximum employment and price stability’s goals”.

However, it appears an important element to point out the fact that some Fed officials think Monetary Policy changes may need to be rediscussed soon. In fact, in the minutes we read, “Several participants suggested that if the economy continues to make rapid progress towards the Committee’s objectives then we should start discussing a plan to regulate the pace of purchases of asset “. In other words, some participants start suggesting a potential reduction of the extraordinary monetary policy measures implemented (tapering). The markets are therefore increasingly keen to understand what the next effective moves of the Federal Reserve will be.

To change the topic, and moving to the cryptocurrencies, we cannot avoid noting how Elon Musk does not always get along with himself: sometimes, with his statements, he strongly favors the surge of digital currencies, other times their collapse. Last February, for instance, Musk filtered out bitcoin payments for Tesla cars, due to the environmental impact of the cryptocurrency, which contradicts the green electric car business.

The result was a very heavy consequence on digital currencies performance. Recently, however, the entrepreneur has returned to defending these virtual assets with a sword: «The real battle will be between traditional coins and crypto. I support the latter” the Tesla boss tweeted. The situation gets even more complex due to the Chinese move. Last week, China decided to put a break to the digital currencies’ world, by limiting banking activities related to them. Given these circumstances, it would be good that Musk, unlike Cliff Stern, agreed with himself, before posting new tweets, by finding an understanding between his “visionary heart” and his “professional brain”.

Meanwhile, in Europe too, getting along is of fundamental importance. Christine Lagarde reiterated it last week, on the Generation Euro Students’ Award 2021. The Eurotower number one underlined that thanks to the agreement among the Member States it was possible to launch a plan as the Next Generation EU, through which placing (for the first time) common European debt. Lagarde then confirmed the importance of an expansionary policy adopted by the ECB: “When the pandemic broke out, we had to show our courage to launch an unprecedented response to support the economy and stabilize the markets”. The banker then said that “it remains important not to withdraw the support measures for the economy too soon”. On this, too, (almost) everyone seems to agree.