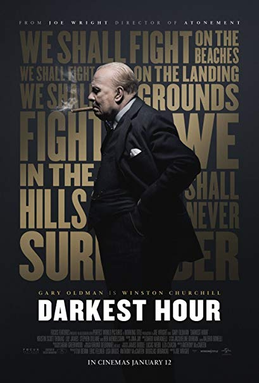 Markets, looking at Europe, can breathe a sigh of relief from a geopolitical perspective. In fact, the shadows of anticipated elections in Italy, which could have represented source of instability for the rest of the Continent, are helding away. The Government led by Giuseppe Conte has “survived” to regional consultations, in which the parties had the one and only objective: “Victory at all costs”. In Calabria the right-wing prevailed, while in Emilia Romagna, where the decisive battle occurred, the left-wing candidate won. While a different result could have had relevant impacts at national level, the left-wing victory led to a drastic spread decrease.

In the meanwhile, even China seeks its “victory at all costs”, but in this case the enemy is the coronavirus, which can bring diseases to both animals and humans (including aggressive pneumonia), leading to death. At the moment, estimates are of at least 80 victims and more than 2700 infected people. The epidemic is also likely to spread outside China. The list of countries where infected people have been identified is lengthening: Thailand, Honk Kong, Macao, USA, Australia, Taiwan, Japan, Singapore, Malaysia as well as France, South Korea, Vietnam, Canada and Nepal. To contrast the spread of the epidemic, airport controls have been increased at maximum alert level everywhere and several nations have started to evacuate their own citizens from the most vulnerable areas of China. In addition, to gain time, Beijing has decided to move the New Year’s Day: schools and workplaces will remain closed, facilitating the quarantine. Due to possible economic impacts, resulting from the spread of coronavirus, high tech, luxury, auto and aereomotive are the most negatively impacted sectors.

From a macroeconomic perspective, negative news come from the IFO Index, which monitors the confidence in German enterprises. The January figure was 95.9, down from 96.3 in the previous month. This result appears far below economists’ expectations which were stated around 97. New data comes also from the Eurozone Composite PMI; the index drawn up by His Markit, remained at 50.9 points (as in December), just below the consensus estimates, at 51.1 points. Focusing on the PMI manufacturing, we experienced an increase up to 47.8 points from the previous 46.3 (with consensus at 46.8).

Under the markets’ spotlights there are also European Central Bank’s next moves. The Eurotower has announced that there will be an imminent strategic review. In a note, the Institute explained that “the review will include the quantitative formulation of price stability, monetary policy instruments, economic and monetary analysis as well as communication practices. Other aspects will also be taken into consideration such as financial stability, employment and environmental sustainability”. Christine Lagarde, Eurotower president, also added that “various ECB departments are already working to consider climate change in risk assessment and forecasting models”. In the meantime reference rates have remained unchanged. A possible rates’ cut is not to be excluded, until the inflation outlook will not converge “firmly below but sufficiently close to 2% level”.

Moving to the United States, President Donald Trump re- turns to office with protectionism. It was decided to increase duties on steel derivatives (+25%) and aluminum (+10%), which will come into force on the 8th of February. With regard to steel, Argentina, Australia, Brazil, Canada, Mexico and South Korea will be exempted. While, concerning aluminum, only Argentina, Australia, Canada and Mexico were saved from such increases.