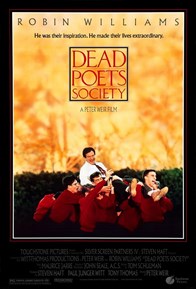 John Keating (Ro- bin Williams): “But if you listen really close, you can hear them whisper their legacy to you. Go on, lean in. Listen. Do you hear it?... Carpe... Hear it?... Carpe. Carpe diem. Seize the day, boys. Make your lives extraordinary!”

Quote from Dead Poets Society, a movie directed by Peter Weir in 1989.

If European governments listened carefully to the EU “warning”, they would hear the same words spoken by John Keating in the Dead Poets Society: “Carpe, carpe diem, seize the moment!”. The time has come to seize the huge opportunity of the Recovery Fund, officially called Next Generation Eu. Last week, the regulation was published in the Official Journal of the European Union, and the Member States can now send their final spending and reform plans to Brussels (only preliminary versions had been sent in previous months). The European Commission will take up to two months to evaluate them, and then it will be time for the EU Council’s final approval. If the submitted projects will be considered effective, governments will receive an advanced amount equal to the 13% of the planned funds.

Recently, the former president of the European Central Bank Mario Draghi, now president of the Council in Italy, spoke on the subject, stressing that “never in the history of the EU governments have taxed their citizens and have given the proceeds to other EU citizens. It happened for the first time with the non-refundable allowances allocated by the Next Generation. This is an extraordinary mutual trust experiment which, if validated by honest and effective choices, could one day lead to the creation of a common European budget from which the most fragile countries of the Union should benefit most».

At the moment it seems that governments have understood the need to “carpe diem”, even if this entails switching from words to facts. The perspectives are encouraging and the EU Economy Commissioner, Paolo Gentiloni, in a recent interview with Bloomberg stated that the feedback received so far from the member countries “is consistent with the key goals set for green transition and digital competitiveness”. Brussels has also asked national governments “to address key reforms, as they are very important for strong growth” added the Italian politician. Gentiloni also said he expected “valid and effective plans” for the Next Generation EU by the end of April deadline.

“In the Eurozone, we cannot have only a common monetary policy without coordinated fiscal policies - the Commissioner then stressed - At the beginning of March we will give indications to the Member States on this year’s fiscal policy to face this crisis and move on”.

In short, according to Gentiloni, it is needed to work towards a greater alignment between countries, as Christine Lagarde stated several times.

Turning to Asia, a key focus is on the Bank of Japan, which still wants to continue its accommodating monetary policy. Haruhiko Kuroda, in fact, recently spoke to the Japanese Parliament, stressing that the expansionary policy is not the reason behind the country’s and world markets’ growth. According to the banker, the rise in the share price reflects market sentiment about the international economic outlook. “It will likely take a long time to reach our inflation target - said the head of the Bank of Japan - Therefore, now is not the time to think about exiting, neither from our ETF purchase”. Kuroda said however that the BoJ will remain alert and monitor the financial risks associated with prolonged and massive buying plans.

Speaking of central banks, but moving to the United States, it is important to highlight the Federal Reserve analysis outcomes: although there is still a high uncertainty level on the American Economy, the stimuli and vaccines could produce a considerable boost effect. This comes out from the minutes, published last week, of the January meeting. The Institute, headed by Jerome Powell, pointed out that the pace of economic recovery and employment growth has been less vigorous in recent months. Fed minutes are always “special watchers” of the markets, as they provide clues to experts not only about the forecasts made by FOMC members but also about the next monetary policy moves. The central bank, to date, intends to confirm its strategy to strongly support the economy, with the goal to maintain interest rates close to zero until inflation won’t reach the 2% level.