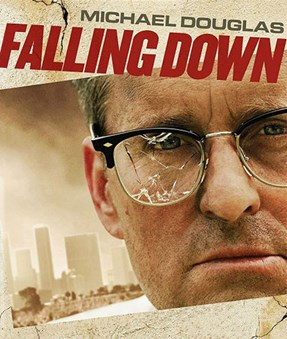 William Foster: I'm past the point of no return. Do you know when that is? That's the point in a journey where it's longer to go back to the beginning than it is to continue to the end.

From the movie Falling down by Joel Schumacher, 1993.

Is the European Central Bank past the point of no return with Mario Draghi? Judging by Christine Lagarde, appointed to succeed him in the presidency of the institute, it would seem so: it is more convenient to continue with the Italian banker’s line of conduct than to go back. The markets share the same opinion, since they do not foresee big changes on the horizon. Both recently and in the past, in fact, as director general of the International Monetary Fund, Christine Lagarde has repeatedly declared to be in favor of accommodating monetary policies. All the more so considering the ongoing economic slowdown, the uncertainties that weigh on Brexit and some European political tension.

And above all, considering the problems concerning world trade. There are still many unknowns in the trade war between the USA and China, although some progress has been made. In fact, after the meeting at the G20 in Osaka (Japan) between the American president, Donald Trump, and his Chinese counterpart Xi Jinping, additional duties at 10 % were avoided on another 325 billion dollars of imports from Beijing. But the point of no return on the path to a definitive peace must still be reached.

Meanwhile, Donald Trump has raised his sights against Europe: the United States has threatened again new tariffs on EU products for another $ 4 billion (such as pasta, cheese and Irish whiskey). The possible measure would be a retaliation for European aid to commercial aircraft. For many years Washington and Brussels have mutually accused each other of supporting their aviation giants, namely the USA’s Boeing and the European Airbus consortium, with public subsidies. The markets hope that the States will understand that it is more convenient to continue (on the way of negotiations) than go back to the beginning.

From the macroeconomic point of view, new signs of a slowdown have emerged in the Old Continent. June’s Eurozone manufacturing PMI index, drawn up by His Markit, stood at 47.6 points, slightly down from the 47.7 points recorded in May. The result is below the preliminary estimates and also the consensus, both at 47.8 points.

The USA’s economy, on the other hand, continues to run at a brisk pace: in June it created 224 thousand jobs in non-agricultural sectors, a result that was higher than consensus (the estimate was an increase of 165 thousand units). Instead, the new jobs generated by the private sector amounted to 191 thousand units. Also in June, the unemployment rate rose to 3.7%, above forecasts that were hoping for a stable figure of 3.6%.

May’s result for new jobs in the non-agricultural sectors, on the other hand, was revised downwards from +75 thousand to +72 thousand. The average hourly wage (+ 0.22%), monitored by the Fed from an inflation point of view, is growing less than the consensus, that was expecting an increase on a monthly basis of 0.3%.

The data, essentially positive, have however moved the market to the downside, because they see the Federal Reserve's possible rate cut moving away. In the investors’ spotlight there is the publication, expected by Wednesday, of the minutes of the institute's June meeting. The attention of the markets will then be focused on the speech that the governor, Jerome Powell, will hold in the Senate and the Chamber. Meanwhile, Donald Trump has returned to attacking the central bank: “If we had a Fed that would lower interest rates we would be like a rocket ship, but we’re paying a lot of interest and it’s unnecessary”, he said a few days ago during a meeting with journalists at the White House. The American president also added that: "We don’t have a Fed that knows what they’re doing, so it’s one of those little things.” In short, the point of no return on the rate cut was not exceeded and, indeed, the macro data was not passed.