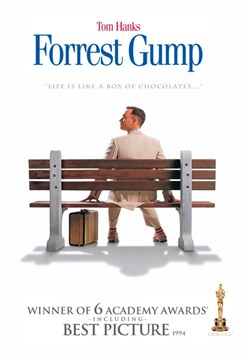 From the movie Forrest Gump, 1994 by Robert Zemeckis

The day to circle in red on the calendar is Thursday 11 July 2019. In fact that day the Dow Jones, like Forrest Gump, decided to run to the ocean, turn around and keep on going until it beat 27,000 for the first time in history. Investors were encouraged by the Federal Reserve president’s testimony at the Congress where Jerome Powell reiterated that the Central Bank is ready to support the economic growth, threatened by negative circumstances. The number one of the Fed has therefore opened up to the possibility of a rate cut, perhaps already at the end of the month meeting. The optimism also has not been affected by the publication of the American inflation rate, whose core component recorded an increase in the maximums from a year and a half in June (+ 0.3% on a monthly basis and + 2.1% year on year), due in particular to the strong gains in the goods and services sector. If instead we consider the general price index, the figure stands at + 0.1% in June compared to May, while the growth on an annual basis is equal to 1.6%. The cyclical change has slightly exceeded the consensus of the economists, who had estimated an unchanged value. The increase, however, should not affect the expectation of a rate cut by the Federal Reserve at the end of July. The words of the American president Donald Trump have also contributed to the market race: «We have somebody that likes raising rates», stated the White House tenant (the reference was directed to Jerome Powell), but «Now I think he’s maybe going to change, but we’ll find out».

From a macroeconomic point of view, last week’s requests for unemployment benefits in the United States (seasonally adjusted data) decreased by 13 thousand to 209 thousand units (against the estimates of 224 thousand units of the economists contacted by the Wall Street Journal); these are the lowest levels of the last three months. The number of the previous week, on the other hand, was revised upwards by a thousand units, from 221 thousand to 222 thousand.

New data also come from China: its GDP rose 6.2% in the second quarter from a year earlier, the slowest pace in at least 27 years but in line with market expectations. The figure suffers from the weakness of the global economy and the trade war with the United States. On a cyclical basis, growth is equal to 1.6%, more than + 1.4% in the first quarter and + 1.5% expected. In the Asian country the fixed investments are running like Forrest Gump: during the first semester they increased year-on-year by 5.8% to 29.910 billion yuan (4.355 billion dollars), above expectations (+ 5.6%). Regarding the clash with the US over tariffs, operators hope for further progress after the truce signed between presidents Donald Trump and Xi Jinping during the G20 in Osaka (Japan). But there are still several uncertainties and nothing should be taken for granted.

Moving on to Europe, the markets welcomed with favor the ECB’s minutes, from which it emerged that the Central Bank will consider the injection of new stimuli in the euro area economy in the short term. What’s behind this decision? The reasons must be found in the weakness brought by the inflation and in the growing uncertainties at a global level. The bankers, therefore, are preparing to support the economy of the Old Continent by cutting interest rates or restarting quantitative easing. In Europe there is also news from the Brexit front, because the Labour party has taken a clear position after months of delays: Jeremy Corbyn announced that the party will request a second referendum on any possible EU exit agreement supported by the conservative party even in case of no deal, potentially ruinous for the British economy. And it does not end here: in case of a second popular Brexit consultation, the Labour Party will campaign to stay in the EU.