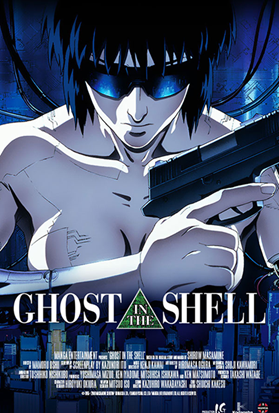 Puppeteer: «I wish to merge with you»

Puppeteer: «It would be a complete union. Without any doubt, both you and I would suffer some alteration, yet no element would be lost»

Dialogue taken from Ghost in the Shell, 1995, directed by Mamoru Oshii.

Fiat Chrysler automobiles wants to merge with “its Kusanagi”, PSA, to which belong brands such as Peugeot and Citroën. The two groups last week gave the official announcement of what will be «a complete union». From their wedding will be born a colossus that in Europe will be second only to Volkswagen, and fourth in the world ranking of producers (third if you look at total revenues). The merge should be concluded within 12-15 months and the group’s headquarter will be in Holland. Moreover, it has been confirmed the triple quotation on Borsa Italiana in Milan, on Euronext Index in Paris, and on the New York Stock Exchange. The future company will have revenues for approximately 170 billion euros. In conclusion, FCA and PSA reaffirm their commitment to not close plants, while experience important savings and great synergies.

Meanwhile, in UK, the new government lead by Boris Johnson is proceeding at a rapid pace towards Brexit. The Conservative proposal passed the first vote in the Westminster Parliament by a large majority (358 yes against 234 no). “We take note of the vote in the House of Commons. We will follow the ratification process in the UK closely. We are ready to take the formal steps to conclude the agreement on the EU side as well,” a Commission spokesman said. Although Johnson, unlike “the puppeteer”, aims for absolute disunity, the markets hope that relations with the rest of the continent, especially commercial ones, will remain good. It should be done everything possible to stop a “hard Brexit”. The final deadline to reach an agreement will be the 31st of December 2020.

The new British Government has also appointed Andrew Bailey as head of the Bank of England in recent days. «He is the right person to lead the Bank as we build a new future outside the EU and increase opportunities across the country», Finance Minister Sajid Javid said. Bailey, with 30 years of experience inside the BoE, announced in a statement that he was honored to take over the leadership of the Institute, «especially during such a critical time as the exit from the European Union».

Turning to the trade dispute between United States and China, there have been further signs of détente in recent days. Beijing, in the so-called Phase 1 of the agreement (to be signed in January 2020), has committed itself to significantly increasing purchases of goods from the US, agricultural goods in particular, in order to reduce the enormous trade unbalance. The Asian superpower, moreover, has announced the reduction of duties on imports, from next month, on more than 800 of products, from pork to medicines against diabetes and asthma up to hi-tech industry components.

The Chinese economy, in fact, is going through a slowdown with the lowest growth rate in thirty years. For this reason, the government is trying to boost consumption by containing the additional costs due to high import tariffs. For what concerns the duties’ lowering on pork, it should be remembered that Chinese pig farms have been decimated by a serious outbreak of swine flu. Since it began, in August 2018, it has almost halved the stock of animals, which has led to skyrocketing prices.

Shifting our focus on the United States, from a macroeconomic perspective, we should highlight a slowdown in the real estate market. The sales of existing houses, in November, recorded a decrease of 1.7% as reported by the National Association of Real Estate Agents (NAR), against the increase of 1.5% in October. In particular, 5.35 million units were sold compared to 5.44 million in the previous month. The American president, Donald Trump, meanwhile is struggling with the impeachment development. The House of Representatives recently voted in favor of the two charges: power abuse and obstruction to Congress. Now it’s up to the Senate, where the Republicans have the majority and Trump could be exonerated.