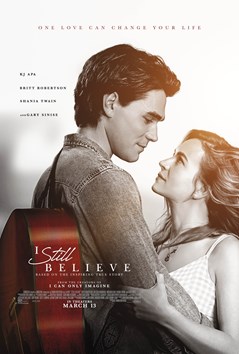 Jeremy Camp: «I just want you to know that whatever this is, and wherever this takes us, that I’m with you. Every step, every moment — I’m with you. I’m in. I’m so in»

Quote taken from I Still Believe, a 2020 movie directed by Andrew and Jon Erwin.

Markets would always like to hear Jeremy Camp’s words from central banks that “in any case, under any circumstance” they will be there and ready for anything. A topic that becomes even more fundamental in the current period, where the interventions from main institutions play a leading role in mitigating the effects of the pandemic.

This brings us to the European Central Bank, which last week decided to maintain the current expansionary policy without major changes, even though some operators would have liked a further expansion of the strategy. The Institute led by Christine Lagarde, however, has made it clear that - just like Jeremy Camp - it is there and it is ready for anything.

In particular, the Board confirmed the level of interest rates, which remain at zero for main refinancing operations and at 0.25% for the marginal operations. The ECB underlined that rate will remain mainly unchanged “until inflation prospects will converge towards a level close but below 2%”. The Institute also confirmed the current size of the Pandemic Emergency securities Purchase Program (PEPP) which has a total financial endowment of 1,850 billion euros; this plan will continue at least until March 2022 and, in any case, until this critical phase (due to the impact of the coronavirus) will be concluded.

«If favorable financing conditions can be maintained through asset purchase flows that do not exhaust the PEPP endowment - underlined Christine Lagarde, reading the press release at the end of the meeting - it will not be necessary to fully use it. In the same way, the endowment can be re-calibrated, if required, to preserve favorable financing conditions that counterbalance the negative shock of the pandemic on the inflation”.

Finally, the ECB also confirmed the Quantitative easing (PAA) plan of 20 billion per month, which will be maintained “as long as it is necessary to strengthen the adjustment impact of its reference rates”, and the longer-term refinancing operations term (TLTRO-III), considered to be an important tool «to support bank credit to businesses and households».

Turning to the United States, President Joe Biden, who took office last week, let citizens know that he is there and he is ready to do anything to support American families and businesses. The new tenant of the White House has in fact prepared a plan, to be approved by Congress quickly, stating that taxpayers’ money will be used “to rebuild America”. First of all, immediate aid is foreseen for approximately 1.9 trillion dollars. Of these funds, almost 1 trillion will directly be allocated to support citizens, 160 billion for vaccinations and tests, 440 billion for businesses and 350 billion for states and local governments. Biden also proposed an increase in the minimum wage to $ 15 an hour, with the aim of “lifting 12 million Americans out of poverty.” But the package doesn’t stop there: new families allowances are coming, as well as increases in the unemployment benefits and in the tax credits.

However, the President stressed that this is a necessary first step but, alone, it will not be enough. Indeed, this plan should be followed in the coming months by a further and more ambitious stimulus, with huge resources to invest in the energy transition and infrastructure, which will probably be financed through higher taxes on large incomes. Looking at China, which has been ready to do anything to mitigate the effects of Covid-19 on the economy, the results of the Gross Domestic Product must be highlighted. The Asian giant has in fact avoided a contraction of GDP, confirming the recovery started after the lockdowns of the first quarter. In particular, according to the numbers released by the National Statistics Office, China recorded an annual growth of 2.3% in 2020 and 6.5% in the last quarter of last year compared to the same period in 2019.