KEEPING UP WITH THE JONESES 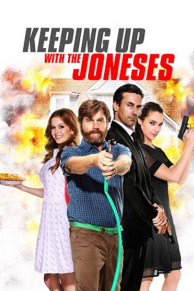 Tim Jones (Jon Hamm): “Do you know what trust is? If you lose it, terrible things happen.”

Quote from Keeping Up with the Joneses, 2016 film directed by Greg Mottola.

The Financial Economic World is not a spy comedy, but Tim Jones’s reasoning still holds true. If you lose confidence “terrible things” can happen. That is why it is important to keep an eye on indices such as the German Ifo, which is a benchmark for the whole of Europe. Unfortunately, the latest news is critical, as German business confidence continues to deteriorate against a backdrop of inflation, production bottlenecks and a surge in contagion. In fact, the Ifo index fell for the fifth consecutive month: the November reading stood at 96.5 points, below the analyst’s consensus of 96.6. The indicator stood at 97.7 points in October and thus returned to April’s levels (96.4). The other indices also declined. The metric on current conditions dropped to 99 points from 100.2 in October, while the metric on expectations dropped to 94.2 from 95.4 last month. Sentiment worsened in all sectors: manufacturing, services, trade and construction.

Given the trend and with the risk of new restrictions, the situation is to be closely monitored but hopefully nothing terrible will happen. “Companies are less satisfied with their current business situation and expectations have become more pessimistic,” said Clemens Fuest, president of the Ifo Institute. “Supply bottlenecks and the fourth wave of the coronavirus are putting a strain on German companies.

Consumer sentiment is also declining, according to data released by the market research group GfK. The data shows a drop in confidence among households, with a forecast of -1.6 points in December from 1 point in November. Economists had expected a smaller drop to 0.5 points. This is the lowest reading since June. “Consumer sentiment is currently being squeezed from two sides,” commented Rolf Buerkl, analyst at GfK. Weighing on both are rising contagions, a dynamic that threatens to overwhelm the healthcare system and could lead to further closures, and then there is a restriction of purchasing power due to a high inflation rate of over 4%.

However, some confidence came from the fact that the coalition agreement for Germany’s next government was concluded, a positive first step for the German economy and capital markets. Furthermore, the Liberal Democratic Party is likely to take over the finance ministry, which is another reason for confidence as it is perceived as the coalition party with the strongest financial policy.

Turning to the United States, one person who has received a confirmation of confidence is the number one at the Federal Reserve. US President Joe Biden recently decided to keep Jerome Powell at the head of the Federal Reserve for a second term. Lael Brainard, who had previously served as central bank governor, was appointed vice-chairman. Biden said he is confident that the Fed will be able to “keep inflation low and prices stable”. And he is confident that Powell and Brainard will work to sustain full employment and “make our economy stronger than ever.” Treasury Secretary Janet Yellen is enthusiastic about the choice, which she believes is in line with a strong and independent central bank.

The confirmation of Powell, a moderate Republican, was not a foregone conclusion, and some sections of the Democratic Party were hoping for a different choice from Biden considering that the Fed chairman’s first term in office was under Donald Trump. But the White House president’s confidence in Powell has shuffled the cards. What can be expected in the future? The Fed could accelerate the process of reducing asset purchases or raise rates earlier than expected if inflation does not start to subside. This is what emerges from the recently published minutes of the central bank’s early November meeting. The Fed also said it expects the economy to grow robustly next year, but officials point out the trajectory will also depend on the virus.