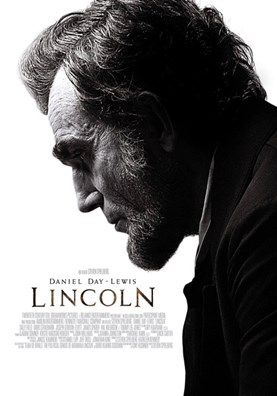 Abraham Lincoln (Daniel Day-Lewis): “A compass, I learnt when I was surveying, it will point you True North from where you're standing, but it's got no advice about the swamps and deserts and chasms that you'll encounter along the way. If in pursuing your destination you push yourself further, regardless of obstacles, and sink into a swamp ... what's the point of knowing the north? "

Quote from Lincoln, a 2012 film directed by Steven Spielberg.

Between inflation, geopolitical tensions, and the protracted pandemic, the path of the economy in 2022 promises to be fraught with obstacles. And this is where Abraham Lincoln's reasoning comes into play: Is there anyone who can warn "of the swamps, deserts, and depths" that will be encountered along the way? Analysts and financial institutions do their best to anticipate all potential dangers, and even if these are fallible forecasts, it is best to evaluate them carefully. Otherwise, proceeding careless of the obstacles and dangers increases the possibility of sinking in some swamp.

"In a couple of months we will have new economic forecasts, which may be different from the current ones, and at that point, we may have to reconsider our schedule over the three-year horizon." This was stated by Christine Lagarde, president of the ECB, during a virtual meeting between economists and central bankers, organized by the World Economic Forum last week. And, first and foremost, inflation will have an impact on future analysis. In fact, in December an annual increase of 5% was recorded in the Eurozone, after the + 4.9% of the previous month. The energy component was the fastest-growing one (+ 25.9% compared to December 2020 and + 0.4% compared to November 2021).

If the "criteria indicated in our forward guidance for proceeding with a tightening of monetary policy and rates will be met later on, we will act", clarified Lagarde. However, according to the minutes of the Governing Council meeting last December 16, Eurotower does not see this scenario on the horizon, "at least not at the moment".

Despite the economic uncertainties, the number one fo the ECB reiterated that the inflation trend should normalize in 2022, to reach below 1.8% in 2023 and 2024. But the Institute - to avoid falling into some swamps along the way - will remain "data dependent and patient". Lagarde then focused on the differences between the Eurozone and the United States, whose economies are in two different phases of the cycle. For the number one of the ECB, the demand and the labor market in the Old Continent are not showing signs of overheating as in the US, and there is nothing comparable to the "Great Resignation". "I think these two factors, on a closer look, seem to indicate that we are not moving at the same speed of United States, and therefore it seems unlikely to experience the same kind of inflation increase that the United States has faced. ' In fact, overseas prices rose 7% on an annual basis in December, the highest since the 1980s.

Finally, Lagarde spoke of the negotiations - still in the initial stages - within the European Union for the reform of the Stability and Growth Pact. The goal is to generate a broad consensus to approve simple, efficient, and counter-cyclical tax rules. All to be associated with the creation of a common form of budget, beyond the Next Generation EU. Goals that would be fundamental to respond more effectively to economic crises. And Lagarde is optimistic: «Just think of the excellent reception by investors of the bonds issued by the European Commission. There is, therefore, an appetite on the markets for greater European integration at the fiscal level ”.

Furthermore, it will be necessary to continue monitoring the progress of the pandemic in the coming weeks. The point on the situation in the US was made by the infectious disease specialist Anthony Fauci: "You can never be too sure when dealing with this virus," he explained in an interview with ABC. However, he is confident that most states will reach a peak in omicron cases by mid-February. "Things seem to be going in the right direction right now," added Fauci. The hope is that future variants will not "disturb society", i.e., they will be below the level of control. If so, it would be great news for both people's health and the economy.