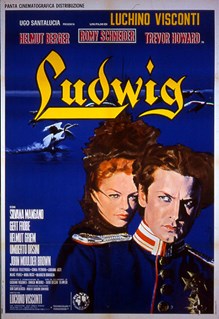 Conte Duerckheim: «Those who really love life, Your Majesty, can’t afford to search for the unattainable, but must play it with infinite caution».

From the movie Ludwig, 1973 directed by Luchino Visconti.

Pragmatic as he is, Mario Draghi did not search for the unattainable. Quite the opposite: he played his last cards as president of the European Central Bank (he will remain in office until the end of October) with caution. During Thursday's press conference, the number one of the ECB didn’t say too much and has not provided many details on any new monetary stimulus measures. And, for the moment, the institute has decided to leave the rates unchanged. The Eurotower therefore kept at 0 the rate on the main refinancing operations, at 0.25% that on the marginal lending facility and at -0.40% that on the deposits among the ECB itself. Despite the openness to a possible cut starting in September the markets, which were hoping for a more “imprudent” stance, were disappointed. The ECB also confirmed the held-to-maturity portfolio reinvestment program of the securities purchased under the QE, declaring itself determined to act and use "all its instruments" in the event that inflation should return to the target levels.

But in Europe the markets have been disappointed, as well as by the ECB's cautiousness, by the new data on economic activity in the euro area which in July, in the private sector, has started to fall again, more than expected. The flash estimate of the SME composite index, which puts together manufacturing and services, has fallen to 51.5 after June’s 52.2 in. The economists interviewed by Reuters had instead assumed a figure of 52.1. The manufacturing sector, whose PMI has settled at 46.4 in this month's flash estimate, remains still below 50, which signals a phase of contraction. Expectations were instead anchored at 47.6. The services indicator, on the other hand, decreased slightly to 53.3 against June’s 53.6 and the 53.3 forecast by the economists.

The Old Continent is also shaken by the news about Brexit. Anti-EU Boris Johnson has become the new leader of the British Conservative Party as well as new premier after Theresa May. "Unite our country and party, deliver Brexit and defeat Corbyn" are his goals. And for Johnson the exit from the EU must take place at any cost by 31st October, even in the case of "No Deal" (a position that seems very unwise).

Let's move on to the United States, where the markets await the results of the Federal Reserve meeting, scheduled between today and tomorrow. The hope is that there will not be an excess of caution, but an immediate cut in rates: at the moment the markets are paying an expected 25 basis point cut. From a macroeconomic point of view, the US GDP grew by 2.1% yearly updated in the second quarter of 2019, slowing down compared to + 3.1% of the previous quarter. However, the figure beat the analysts' estimates (+ 1.8%) and also the forecasts of the Atlanta Fed (+ 1.3%). The fall of reserves, exports and nonresidential fixed investments contributed to slowing the star-striped economy, only partly offset by the increase in consumption (+ 4.3% from + 1.1%) and government spending.

On the other hand, orders for durable goods in the United States have risen by 2% on a monthly basis, according to the preliminary reading in June. The result exceeded the expectations of economists, who had estimated an increase of 0.8%.

In terms of the trade war between the US and China, it must be stressed that, in these days, the negotiations between the respective delegations in Shanghai have resumed. These are the first meetings after the G20 in Osaka (Japan). Despite the positive news, the expectations of concrete progress already this week remain low. The American president, Donald Trump, last Friday July 26 declared that China could be tempted to postpone the signing of the agreement until after the 2020 elections, hoping to obtain more favorable terms from a possible new tenant of the White House. On the outcome of the dialogue between the two superpowers, for now it is better to "play" the predictions with caution.