NO ONE CAN DO IT ALONE 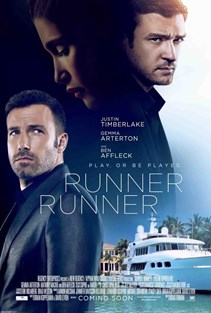 Richie Furst: «What I have to do to get out of it, I cannot do it by myself »

No one can do alone what must be done to get out of the coronavirus crisis. Just as Richie Frust says in the movie Runner, Runner. Economies and National Health Systems need the synergistic action of governments, central banks and all those who could contribute.

In this context, the Federal Reserve has made it clear that it does not want to leave anyone “alone”. Last week, it approved unlimited Quantitative Easing in order to guarantee liquidity and give confidence to investors. To understand the exceptional nature of this decision, it is sufficient to recall that such an intervention was not even taken after the outbreak of 2008 great crisis. Alongside with asset purchases, additional Credit Market supporting actions will take place. In a statement, the Fed writes: ‘If much uncertainty remains, it has become clear that our economy will face severe trauma. Aggressive efforts must be made both in the private and public sectors to limit jobs and income losses, to promote a rapid recovery once the sanitary emergency will be over».

And, if the Institute led by Jerome Powell has taken such action, the US government does not want to be any less. American President Donald Trump has recently signed a $2 trillion aid package. After signing, the White House tenant thanked Republicans and Democrats «for putting their differences aside and putting America first». The plan, in its final version, provides for the sending of cheques to US citizens; hospitals will be given over $100 billion. A $500 billion Special Treasury Fund will provide loans through the Federal Reserve to the worst affected companies. A further 350 million will go to small businesses. Some sectors will receive ad hoc supports: the airline companies will receive 50 billion, half of them in loans, with the government being able to exchange them into share capital. With these and other measures, the US wants to make it clear that The Economy and The NHS will not be left “alone” to emerge from this crisis.

However, the aids have conditions. Generally speaking, the companies that receive them will not be able to opt for buyback initiatives nor to pay dividends until loans will be repaid. Moreover, the Special Treasury Fund and the Federal Reserve will be monitored by an Inspector General and a Congress’ Committee.

In Europe the situation is a little more complex. It seems that not all states have understood that you cannot get out of this crisis alone. Among the main division points, there are the so-called “Corona Bonds”. Nine EU countries wrote last week to the President of the European Council, Charles Michel, calling for a rapid intervention. The letter was signed by France, Italy, Portugal, Spain, Slovenia, Greece, Ireland, Belgium and Luxembourg. In the missive it is deemed as necessary to recognize the urgency of the situation and the need for an ulterior reaction to strengthen our economies today, setting them in the conditions to fastly restart tomorrow.

This requires the activation of common fiscal instruments to support national efforts and to guarantee financial solidarity, especially in the Eurozone. In particular, we need to work on a common debt instrument issued by an EU institution to raise resources on the markets on the same common ground and for the benefit of all Member States, thus ensuring a stable and long-term funding flow to combat the damages caused by this pandemic». Some nations, including Germany, are opposing it; even if, it must be noted, not all German politicians agree: “I support the cause of “Corona-bond”. The economically stronger States such as ourselves must help the worse off. It is in the German interest that the Italian economy survive the crisis”. This is support offered by Robert Habeck, the leader of the Greens, who today are (according to the polls) the second political force in Germany.