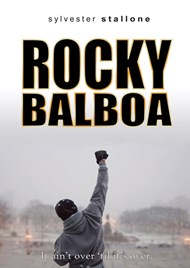 Marie: « It doesn't matter how this looks to other people. If this is something you gotta do, then you do it. Fightersfight. »

If there has recently been a fighter in Europe, his name cannot fail to come to mind. Mario Draghi who, as Rocky Balboa, had to fight against the many small and large crisis that have struck the Old Continent during his term of office. Last week there has been his last press conference, as president of the ECB, subsequent to the Board of the Eurotower. And his opinion is clear: “If there is one general thing I am proud of, it is to have constantly pursued the mandate. Never give up.”

In his speech, Mario Draghi underlined that, for the Eurozone, major risks arise from geopolitical factors, protectionism and emerging markets’ vulnerability. The European Central Bank President has defended until the very last moment negative interest rates, one of the crucial points of the Eurotower last years’ course: “The overall assessment of negative rates is positive. They have stimulated the economy and affected positively employment”. Moreover, Draghi has reaffirmed the importance of the decisions announced earlier, especially the one on Quantitative Easing, that will start on the 10th of November: “Unfortunately, the incoming data since the  last Governing Council meeting in early September confirm that our determination to act promptly was justified”. Meanwhile, the ECB confirmed interest rate on its main refinancing operations, its marginal lending facility and the deposit facility will remain unchanged at zero, 0.25 and -0.40 percent, respectively.

In the Old Continent a latest update also comes on the Brexit front. The President of the European Council, Donald Tusk, said that the EU has approved the postponement of the UK exit (that had been already postponed to the 31st of October) until the 31st of January 2020, as requested by the British Parliament last week. A decision made to avoid the No Deal (most worrying hypothesis for financial markets), because Boris Johnson’s government failed to get the agreement reached with the European Union approved in good time.

This further delay will be “flexible”, because it will allow the UK to leave the EU earlier then January 31st, if Parliament ratifies the Agreement. Although the hard Brexit has been defused, the market mood is dampened by ECB data on the monetary mass M3 of the Eurozone. In September, the annual growth rate increased by 5.5%, slowing down from +5.7% in August. A result below analysts’ expectations who estimated another +5.7%.

Turning to international trade, it seems that the two main fighters, the United States and China, are on the verge of a compromise. The respective delegations would have found convergences on some parts of the so-called “phase 1” of the agreement, as announced by the Office of Trade Representative Robert Lighthizer. “The two parties – read in a note – have made progress on specific issues to finalize some sections of the agreement”.

Lighthizer and the Treasury Secretary, Steve Mnuchin, had a phone call with Chinese vice Premier Liu He. The agreement should be signed by US President Donald Trump and his Asian counterpart Xi jinping at the APEC summit (Asia-Pacific Economic Cooperation), which will take place in Chile on the 15th and 16th of November.

The tenant of the White House, before leaving to South Caroline for an election rally, confirmed these developments: “Many good things are happening with China”. At the beginning of the month he announced the achievement of a “substantial agreements” to be completed in the following weeks, which should include some of the thorniest issues: intellectual property, financial services and the purchase of 40-50 billion dollars in agricultural products.

Focusing on Wall Street, it has to be signaled the attention of the operators on the Tiffany stock, rising after the confirmation of the offer made by the luxury giant Lvmh. In the meantime, it grows the waiting for decisions to be taken by the Federal Reserve (Wednesday) and the Japanese Central Bank (Thursday) on US and Japan’s monetary policies.