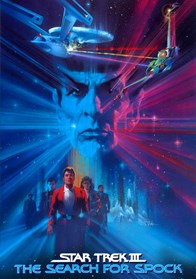 SAAVIK: «It's time for total truth between us. This planet is not what you intended, or hoped for, is it?»

Quote from Star Trek III – The search for Spock, directed by Leonard Nimoy (1984)

Even on Wall Street the moment of truth has arrived, at least for some stars and stripes’ big. Starting with Netflix, which did not respond to investors' expectations. According to IBES data from Refinitiv, between April and June the platform lost 130,000 customers in the United States, and earned 2.83 million subscribers abroad, only half of the analysts' expectations (4.8 million). The decline was influenced by the group's decision to increase the prices of all types of subscriptions including the most popular one, which allows users to simultaneously use two different screens. It now costs $ 13 a month against the previous $ 11. Quarterly revenues rose to 4.92 billion dollars, a figure that, however, remains below Wall Street expectations (equal to 4.93 billion). The group’s profit fell to $ 270 million dollars, while in the same period last year it was 384.3 million dollars. Investors are also concerned about the competition with Disney +, the on-demand platform that will be launched in the coming months.

And the time of the total truth has also arrived for IBM, whose revenues decreased for the fourth consecutive quarter, further calling into question the effectiveness of the strategy desired by the managing director Ginni Rometty. Also, the group's turnover fell by 4.2% to 19.16 billion dollars. Profit, on the other hand, increased by 3.9% to reach 2.5 billion. The publication of Netflix and IBM’s quarterly data of, which took place last Thursday, sent the Wall Street indices down.

The tensions between the USA and China remain in the background. Negotiations between the two superpowers seem to be in a stalemate. The American president Donald Trump said that the road ahead, before reaching a trade peace, is still long. Furthermore, he reiterated that, if needed, the United States could impose duties for an additional $ 325 billion of Chinese assets.

On the macroeconomic front, in June the retail sales in the United States increased of 0.4% on a monthly basis, slightly up on the economists’ consensus (+ 0.3%). Finally, still in June, industrial production remained flat at a monthly level, below the expectations of an increase of 0.2%.
With regard to monetary policy, investors are waiting for a one-quarter point cut by the Federal Reserve. The head of the St. Louis FED, “the dove" James Bullard, said that he favors lowering interest rates by a quarter point. The US central bank will meet next week, on the 30 and 31 July.

In Europe, the spotlight is on the ECB's Thursday meeting, with the market expecting a short-term rate cut. In fact, according to a Reuters poll published last week, the Eurotower is ready to proceed towards a 10-basis point cut in the deposit rate in September. From a macro point of view, data from Berlin are disappointing: the Zew index on investor confidence in Germany fell to -24.5 points in July, compared to -21.1 points in June, still below expectations of the consent of the economists (-19 points).

Meanwhile, the price of oil could continue to rise due to tensions in the Persian Gulf. Iran has in fact seized a British-flagged tanker in the Strait of Hormuz. A complicated situation on the eve of Premier Theresa May's farewell: her successor will be announced tomorrow. Ursula von derLeyen, the future president of the European Commission (who will take office from November), said she was ready to work constructively with any head of government in the UK: is the time of truth also coming for Brexit, like in Star Trek III?