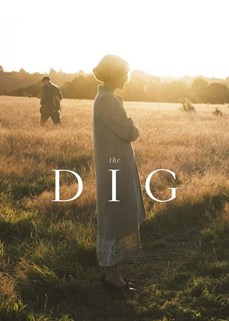 Basil Brown (Ralph Fiennes): “From the first human handprint on a cave wall, we’re part of something continuous. So, we don’t really die.”

Sutton Hoo, in the UK, is the site of two Anglo-Saxon cemeteries from the 6th and 7th centuries, one of which contained a burial ship. A very important discovery recounted in The Dig, a movie in which Ralph Fiennes, as archaeologist Basil Brown, says that “since the first human handprint on a cave wall, we’re part of something continuous “. This is to remind us of the importance of the link we have with history, also - we might add - in an economic-financial perspective

Just enough to think of Margrethe Vestager’s speech at the annual conference of the Italian Antitrust Authority, held last week in Rome. “I thought that nothing could make me love Rome more”, but then “I discovered that it was the cradle of competition law”, explained the Vice-President of the European Commission and Commissioner for Competition. The original rule against cartels dates back to Ancient Rome, probably to the time of Emperor Augustus or even Julius Caesar: “Anyone who committed an act or formed an association to increase the price of commissions would have to pay a fine of twenty gold coins,” stressed Vestager.

A historical link with a strong impact on the present day, since even today cartels “are the greatest threat to competition”, or, in the words of a US Supreme Court ruling, the “supreme evil for competition”. And the European Commission is doing its utmost to fight monopolists, without reducing its commitment even during the pandemic, so much so that it has fined car manufacturers over 875 million euros and various banks about 400 million.

Speaking of ancient Roman law, Vestager stressed that it “dealt with a specific type of cartel: price-fixing agreements”. These activities “are still the bread and butter of our work, together with market sharing agreements”, she added. She is also known for her determination to protect competition in digital markets by curbing the dominance of big-tech multinationals. Finally, Margrethe Vestager concluded her speech with a catchy phrase: “As Julius Caesar would have said, the die is cast. And the months and years to come will show the results.

But Europe should also take a cue from Ancient Rome (remembering that ‘we are part of a continuing thing’) on the geopolitical disputes front. Indeed, Rome offers notable examples of pragmatism that would help in the tough confrontation with Russia over natural gas, which is also impacting the associated futures. What is happening? Let’s start at the beginning: Moscow is an exporter of the raw material used as an energy source, while Brussels is an importer. Recently, Russian President Vladimir Putin opened the door to more supplies to Europe, but there is one condition. The Kremlin has explained that the additional supplies are closely linked to Nord Stream 2.

We are talking about a gas pipeline that, through the Baltic Sea, directly transports gas from Russia to Western Europe, passing through Germany. The infrastructure and plans for its further use have been the focus of strong criticism in the US since the administrations of Barack Obama and Donald Trump. The White House fears a growing dependence of Berlin and the rest of Europe on Russian gas because Moscow could use this dynamic to pressure the EU.

Today, 20% of the electricity consumed in the European Union depends on Putin’s gas. The Kremlin does not intend to give discounts and continues to snub alternative supply routes to Nord Stream 2. This contributes to the increase in costs: since last March, the price of natural gas has soared from around 18 euros per megawatt-hour to over 60 euros at the end of September. So, what would the ancient Romans do if they were here today? Hard to say, but they certainly wouldn’t stand by and watch Putin’s power grow. Of course, even the EU does not want to give Russia the upper hand, but the road to energy independence still seems a long one.