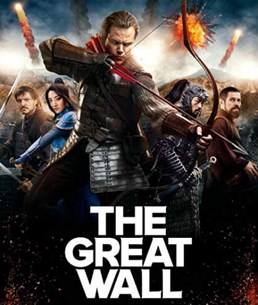 Commander Lin: «Xin ren means trust. Trust. [...] Xin ren is our flag. Trust one another. In any way and at any time»

Quote from The Great Wall, 2016 movie directed by Zhang Yimou.

Now more than ever the economy needs what in the movie The Great Wall is called «xin ren», or trust. That must be, firstly, confidence in post-coronavirus recovery. This does not mean that we can lower our guard or that the pandemic is behind us, but that, although the virus is still in circulation, the world will continue to react intensively and will, therefore, be able to rise again.

In this regard, encouraging news comes from the IFO Index, which measures the confidence of German companies. In fact, according to figures published yesterday, in May the result grew to 79.5 points against 74.3 in April; the figure is also above the expectations of analysts, which have indicated 76.8 points. If we go to see the specific segments, we notice that the Index on current conditions worsens, w ranking at 78.9 points from the previous 79.4, but distinctly increases the one related to expectations, which grows to 80.1 points against 69.4 last month.

Relatively to GDP and according to the second results’ reading, during the first period, the locomotive of Europe has recorded a contraction of 2.2% on a quarterly level and of 2.3% on an annual base. The figure is in line with both the preliminary reading and the economists’ consensus, confirming Germany to be in a technical recession. This is the second-worst drop in the gross domestic product since German re-unification, after the 4.7% drop between January and April 2009. Now we look forward to the second quarter’s result, which could confirm the Federal Statistical Office’s expectations regarding an economic fall of -10%.

The impact of the coronavirus is clear, with markets that need to find “xin ren” in the future, but unlike what happens in the Chinese army of The Great Wall, it is not a dynamic guaranteed in «all the ways and at any time». We need concrete actions and projects that lead to a confidence-based positive economic outlook. To date, among the main proposals to re-launch Europe is the temporary Franco-German «Recovery fund» targeting 500 billion euros. One of the main pillars of the “Recovery Fund” is how resources are distributed to the most damaged countries in the form of transfers instead of loans. The money will be found by the European Union on the market, through bonds that will be returned «not by each recipient», as Emmanuel Macron pointed out, but by the Member States as a whole.

The initiative of France and Germany will be submitted to the Commission and will be discussed with the other EU members: to be approved it will be needed unanimous vote and then ratification of the Parliaments. Austria, Denmark, Netherlands and Sweden have criticized the Recovery Fund and are considering a mortgage-based counterproposal.

Moving to the other side of the Atlantic Ocean, there is a lack of trust from the US President, Donald Trump, towards the Federal Reserve. The latter, recently, said that it does not intend to introduce negative interest rates; in opposition to what repeatedly urged by the White House tenant who is trying to put pressure on the central bank. The Fed, however, is fully aware of the slow pace American economy recovery: according to its president, Jerome Powell, the epidemic has impacted to such an extent as to assume a contraction of GDP of 20-30% in the second quarter and a further increase in unemployment to 25%.

There is also a lack of trust between Washington and Beijing, with China being repeatedly accused by the US government of being guilty of the pandemic: the Hong Kong issue is increasing the tension. The People’s Republic wants to pass a law that would greatly limit the autonomy of the former British colony, and the United States has indicated that they will probably impose sanctions if this measure comes into force. Robert O’Brien, the national security adviser to Donald Trump, spoke on the matter: «It is difficult to predict how Hong Kong can remain a financial center in Asia if China takes the lead».