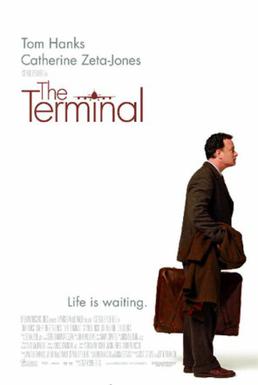 Viktor (Tom Hanks): “You say you are waiting for something. And I say to you “Yes, yes. We all wait.”

Amelia (Catherine Zeta Jones): “What are you waiting for?”

Dialogue from The Terminal (2004) movie directed by Steven Spielberg.

As Viktor, the main protagonist of The Terminal says: “We all wait” for something. The market too. And if now the Federal Reserve would ask the latter “What are you waiting for?”, the answer would be the same: “You, I am waiting for you!”. The eyes of the market are focused on the US Central Bank meeting, scheduled for Wednesday, and on the subsequent press conference, kept by its President Jerome Powell.

According to several experts’ opinion, the Fed could provide a positive assessment of the economy’s performance. However, the Institute is expected to remain accommodative, pushing US equities higher and weakening the dollar.

Experts think it may be too soon to talk about a change in the direction of the monetary policy because, according to their analysis, the recent rise in inflation will be considered temporary by the Federal Reserve; moreover, the bank remains a long way from reaching its maximum employment target.

Remaining in the States, many operators are “waiting” to understand what will happen to Coinbase: the revelation of the year or just an illusion? The company, one of the most important sites for buying bitcoin and other cryptocurrencies, made its debut on the Nasdaq on April 14, reaching a market value of 85 billion dollars at the end of the session. Going into detail, from the initial 381 dollars per share, Coinbase reached a maximum of 429 dollars in the first minutes of trading, and then closed the debut day at 328 dollars. This is the most important listing for a US company since Uber went public in 2019.

The value achieved also represents a significant leap for the company founded in 2012, in San Francisco, by Brian Armstrong and Fred Ehrsam. In fact, in 2018, during a first investment campaign, the company had received an evaluation of 8 billion dollars. According to some observers, Armstrong could soon become one of the 100 richest men in the world on the Forbes ranking. But there are also highly critical opinions, according to which Coinbase and the businesses related to cryptocurrencies are destined to explode because they are based on fictitious assets.

Turning to Europe, the attention falls on the ECB. Last week, Christine Lagarde spoke again about the situation of the Old Continent, touching base on various themes. The number one of the Eurotower stressed that the short-term prospects for the European economy are “clouded by uncertainty”, due to the still high levels of Covid-19 infection and the pace of the vaccination campaign. “The protraction of the pandemic, including the spread of virus mutations, and its implications for economic and financial conditions continue to be sources of risk,” Lagarde explained. For this rea- son, the ECB believes that the Next Generation Eu package is fundamental; the Institute highlighted “the urgency for it to become operational without delay”, hoping for “timely” ratification of the decision on own resources.

Eurotower also confirmed interest rates: the main rate remains at zero, the deposit rate at    -0.50%, and the marginal loan rate at 0.25%. The European Central Bank then reiterated «its position of accommodating monetary policy». The institute will continue to conduct purchases of the Pepp pandemic program - for a total of 1,850 billion euros - at least until the end of March 2022, and in any case, until it judges the coronavirus crisis over.

Important news also comes from China: in 2020, the Asian giant’s digital economy maintained a high growth rate of 9.7%, despite the pandemic and the international economic crisis. This is the result that emerges from research published recently by the China Academy of Information and Communication Technology. According to the document, the reach of China’s digital economy has reached 39.2 trillion yuan (about 6 trillion dollars), accounting for 38.6% of the gross domestic product. Zooming in on Beijing and Shanghai, this segment accounted for more than half of the regional GDP. Now, they are all “waiting” to know the future developments of such a dynamic sector.