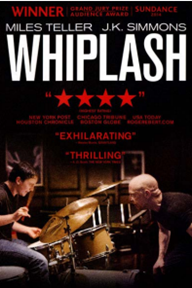 Terence Fletcher (JK Simmons): “There are no two words in the English language more harmful than ‘good job’”

Quote from Whiplash, a movie directed by Damien Chazelle, 2014.

How nice is it to be told “good job”? A rhetorical question, of course, because it is very nice. And, while very often it is a good thing, sometimes these two words entail particularly dangerous risk, as Terence Fletcher argues in Whiplash. There are risks in accepting the compliment boldly, such as getting soft, and letting the guard down. That is precisely what must not happen between Democrats and Republicans in the United States, who recently reached a preliminary agreement on the $ 1.2 trillion plan allocated to revive the economy – with a primary focus on infrastructures. The agreement represents a “good job” of the respective delegations, but now it is necessary to carry it all the way and prevent it from blowing during the approval process.

“We have an agreement,” US President Joe Biden said enthusiastically. But, he well knows that there is still a lot to do for the plan to become reality and that the go-ahead from Congress may not be taken for granted. “I will not stop until the provision will be on my table,” the White House tenant explained.

The resources will be mainly allocated to roads, bridges, and other infrastructural plans, but some chapters were left out, as the boosting for home care (which Biden would have liked to include). For this reason, the situation appears far from closed, with the progressive wing of the Democratic Party on the warpath: some leaders, including Senator Bernie Sanders, have threatened to rebel if the compromise will not include some of their key priorities as well. Criticism also came from the Democratic MP Alexandria Ocasio-Cortez, who complained about the lack of diversity among the (all white) negotiators: this, in her opinion, will result in inequalities in the funds’ allocation, which will most likely favor some communities more than others. In short, for Sanders and Ocasio-Cortez, the agreement reached is not such yet a “good job” as it is for Wall Street instead, which cheered at its announcement.

Nonetheless, Biden has tried to compact the Party, stressing that he does not intend to sign the text on infrastructures unless the other spending Bill is approved: the one including other administration’s priorities, such as funds destined to asylum, disabled, and clean energy. “I’ll fight like hell” to get these results, he said bluntly. And, even Nancy Pelosi, the Speaker of the House, has declared that she is against the approval of the bipartisan law on infrastructures unless the Senate also approves a budget package with the remaining items requested by the Democratic Party.

On the other hand, some Republicans are skeptical of how the $ 1.2 trillion plan will be funded. Biden has reiterated that there will be no tax increases for those earning less than $ 400,000 a year. It should also be remembered that, initially, the president had proposed a plan worth $ 2.3 trillion, but mediating with the counterparties the package has dropped to the figure currently envisaged; Biden, however, stressed that this is still a milestone since “it is the largest infrastructural investment plan in American history”.

Staying in the States and focusing on the banking sector, the institutions seem to have done a “good job”. At least according to the results of the stress tests carried out by the Federal Reserve: banks could absorb a total of 470 billion dollars in losses, in a scenario of global recession and American unemployment level at 10.75%. Even under these assumptions, the capital ratios would still double the minimum requirements. As a result, the US Central Bank will raise the limits on share buybacks and dividends it had put in place at the beginning of the coronavirus pandemic.

As explained by Randal K. Quarles, Fed Vice President for Banking Supervision, “over the past year the Federal Reserve has performed three stress tests with different hypothetical recessions, and all of them have confirmed that the banking system is strongly positioned to support the ongoing recovery”.